In Scrum, anyone from the team can tell his opinion or idea to get things better. ScrumDesk supports retrospective not only by writing ideas, but team members can also vote for the best ideas.

Every ScrumDesk retrospective card shows total points value so the team can easily identify most wanted ideas. What more, each team member can see his vote for ideas.

The idea can be deleted only by its author or by the Scrum Master. 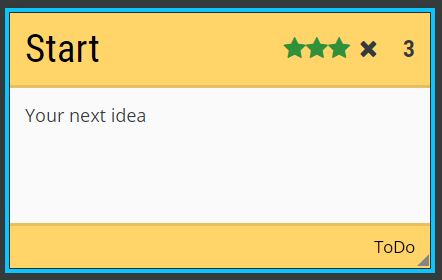 Team members are notified about the retrospective idea changes.

Ideas selected by the team should be implemented. The status of the implementation can be tracked on a card directly.

Every idea can be in following statuses: