Scrum is great for its possibility to predict the release based on previous weather. Agile teams are used to measure their velocity, which is either the number of completed backlog items or completed story points. Only backlog items that were really completed are counted so the team can use this velocity for better prediction of the delivery. 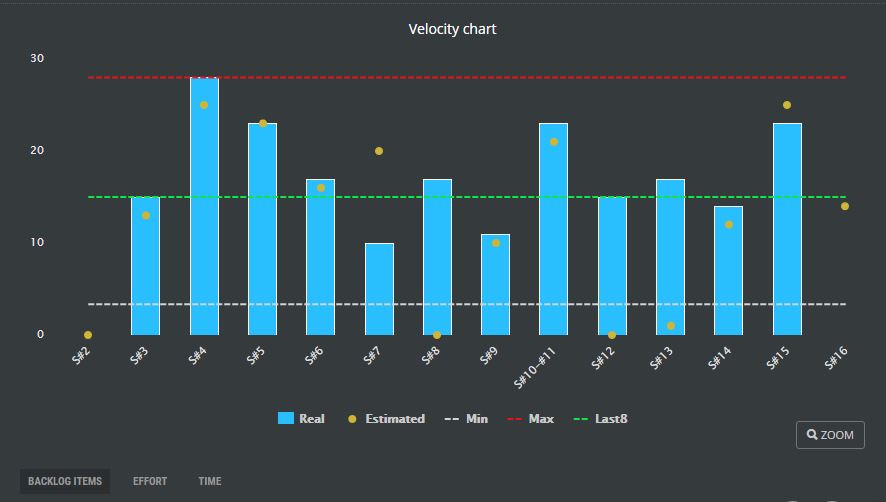 These three values are then used for the prediction of release delivery time (# of sprints  = total effort of the release/velocity).

The chart can be zoomed in and all chart data areas can be hidden or shown.