A story about a leader and management motivated to actively support Agile.

Just the title sounds like an oxymoron to those of us, who apply Agile principles. Yes, I have to affirm that Agile is often perceived by management as another toy for the developers.

That’s why the implication of Agile is a whole lot different when you come across the management that goes into it, even though they know what to expect- blood, sweat, resentment.

In the past few days, I attended top management meetings with their top executive. For years, the company has been introducing Scrum and Agile principles into practice. I still remember the beginning. Many concerns, the effort to prepare everything into detail, and the need to approve any and every step by the top manager. A traditional corporate culture based on micromanagement. A little too worried about the impact on reputation and employment. But on the other hand, determination and knowledge to why they need it. 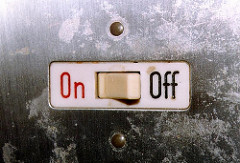 Yesterday, however, was different. It was a ‘switch’ moment. There is a period after a 1/2-1 year when everything suddenly switches. People have already found themselves and you can find an application of Agile principles in surprising places. People no longer talk just about problems but identify what moves them further. Simply, just another change.

Meeting at its beginning was not very pleasant with its atmosphere. A typical meeting with top management, where you sit on the needles and watch out for every word said. And you know that the question from the top management is coming that will get you. Good top managers know the weaknesses of their people in the team. And because without them acknowledging their weakness they are not going to get better by themselves, the good manager knows how to keep the person going and moving forward with just one question. At that moment it surprises you and irritates you. However, if you keep emotions away you’ll find out that it was not a wound of grace, but on the contrary, pointing the way how to go further.

The disruption came when the top manager ran out

Those who already knew Agile from the teams, challenged everybody to stand up and write down what they’d heard on the cards so far. They did a backlog. Subsequently, they agreed on the themes’ priorities.

Each one of them then signs up for one and they began to prepare ideas for action plans for every problem. In addition, they identified at least a bit more root causes of the problems, not just the symptoms. All done on post-it notes and without laptops.

Meanwhile, the top boss returned and wanted to go through the agenda. He didn’t realize that they didn’t wait for him just to lead the debate but processed a lot of topics already. The moment of the ‘switch’ 2.0 had come: ‘Let us finish this for another 5 minutes and then we’ll show what we have come to.’ And the manager wisely gave them their time.

People may have not even realized it, but it was a drastic change for me. SOMETHING WAS HAPPENING HERE! The boss gave space to people when they asked for it. They found the courage. Because they knew that what was in front of them had a great significance.

Five minutes later, one of them called ‘Timeout’ and everyone prepared for the review. Without any facilitation. Everyone knew what was going to follow, they had seen it many times in development teams. And those who didn’t know counted on the ‘Agile’ ones.

They went through ideas of the action steps, prepared the Kanban board, put the names on the cards, who is going to do what, and put in the dates. And the top manager was challenging them, but at the same time saying in what parts he is going to support them.

The words at the end were pretty powerful:

You have your authority, don’t wait for my permission, it is possible to mess up things but if we don’t try it, then nothing will change.

Do it, you and your people are here, not me who would block it.

Well, set goals and evaluate. Continuously, not because of me but because of your people because they are the most worried about this change.

The dot that became a comma

The meeting had finished, as it should have, with a retrospective. Honest retrospective. What was good and what should be better. Exactly how it’s supposed to be. No flattery toward the top manager.

The word of the top manager at the end? Reflection and then sentences that couldn’t be followed by anything. Period.

Ladies and gentlemen, we grew up. In a year.

I am so happy and not because of me but because of you. I have not experienced such energy, performance and results in our meetings over the past few years.

The scale of how tired we are says that we are doing the right thing and, moreover right.

See you next year!

…and the response came from the people…

It was easily one of the most extraordinary days ever. Thanks for the invitation. You’ve given us the strength to look people in the eyes that what we learn isn’t just about a modern Agile label. That it doesn’t end when we leave.

Because there is nothing worse than unnecessarily burning people’s life with nonsense.